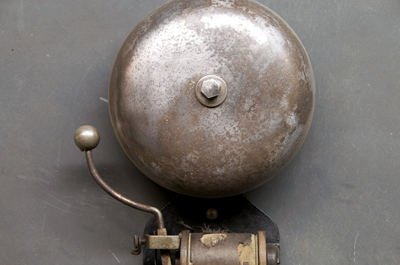 This past week, Head of Upper School and part-time alpaca breeder, Dr. Darin Katz, announced that in an experiment, the Barrack school day would contain fewer school bells. Sources say that at the terminus of a four-hour meeting consisting of Barrack’s top administrators and coordinators, they came to a solution to Barrack student’s stress: the excess of bells during the school day.

The goal was to eliminate the “second bell” signaling the start of the next period.

The immediate response among students was mixed. While students unanimously agreed that this was, in fact, the cause of their stress, they didn’t think that taking away a mere eight bells would be sufficient.

However, each bell contains three rings and the one initial ring that used to be designated for announcements and now confuses everyone when Mundy makes an announcement towards the end of the period. That’s four total rings per bell! So the school, in fact, is reducing the total amount of rings by 24 per day. Now there’s a difference maker. After understanding this, Barrack students welcomed the lack of bell ringing with open arms!

Maor Ben-Abou interviewed saying, “They can probably allow more assessments in a week now with all the reduced stress”

Another student who wished to remain anonymous for safety reasons said, “The franta-hectic vibes in the building were really wearing me down until the bell reform.”

While this may negatively affect the bell industry, it is certainly a win for Barrack!

View all posts by mclaughlin11